When planning a wedding, there is so much involved and without comic relief, it can be stressful. Bearing in mind how important the day is, the best you can do is express your emotions in a memorable way. Remember the hilarious speeches you used to give in college mimicking a wedding ceremony? Well, that is what memory is all about. To start you off, here are wedding puns to get everyone loosened up and in the right mood to celebrate the bride and the groom. 1. When I saw them coming out then chapel holding hands, I knew without a doubt that they were truly mint to be.

2. When the summer was over and autumn just beginning to set in, the lovebirds were married and lived apply ever after.

3. There is melon in our garden that has refused to get married so we have named it cantelope.

4. I had real trouble finding a girl to marry. Finally, I went to a psychic and he showed me. I call that love at second sight.

5. Smartphones have some intelligence of their own. The other day I type ‘married’ the autocorrect finally read ‘martyred’.

6. I asked the bartender why he was taking a cheap shot, he told me his marriage was on the rocks.

7. I don’t remember dating bridge builders. I find them with a lot of truss issues.

8. I was surprised that he often played the violin with his wife, but never at one time did she play second fiddle.

9. When the pumpkin took the melon on a date, the first words he told her were “you are one in a melon”.

10. Everybody wondered how the janitor with a broom managed to marry her. Probably, he swept her off her feet.

11. The two were a fastidious couple. While the wife was fast, the husband was tedious.

12. What a beautiful wedding. They were married by candlelit, however, the marriage lasted only a wick.

13. After much argument their vacation, they finally agreed to stay at the last resort.

14. The reason she was so disappointed with the wedding ring from her Irish fiancé is because it was such as sham rock.

15. You should have been at the TV repairman’s wedding. The reception was perfect!

16. Alcohol is such a perfect solvent. It dissolves families, careers, and even marriages.

17. When the two pianists got married, their wedding and life after was so good. They were always in a chord.

18. The story of the two spiders who got engaged is interesting because we are told that they mate on the web.

19. When the two florists got married, everyone knew it was an arranged marriage.

20. It is amazing how weddings are becoming more progressive nowadays. For instance, two scout masters met the other day and decided to tie the knot.

21. What an emotional day it was, even the cake was in tiers!

22. In a court case where jumper cables were making their divorce official, the reason they gave for the breakup was that their marriage no longer has the spark.

23. After the wedding party, coffee was served to all guests. It was evident that love was brewing.

24. The couple sat on a doughnut table with a sign on it that read ‘a hole lottta love’.

25. Immediately after the wedding, the couple posted a photo of themselves eating their cake. They then put a tag that read ‘I chews you’.

26. Are you looking for a nautical-themed summer wedding slogan? Here it is – you mer-maid for each other.

28. They put on their dancing shoes and hit the dance floor at the wedding, no one doubted that they were sole mates.

29. The matchstick wedded his prefect match and the party was lit!

30. No one thought that the cats would make such a purrfect pair.

31. During the wedding, the sow told the boar “I hope you don’t go bacon my heart”.

32. The groom asked the brother to be in charge at the wedding because he was the best man for the task.

33. Finally, the beers got married because they were simply pitcher perfect!

34. The sailor is not ready for a wedding because he does not want to tie the knot.

35. Do you know the two spiders that have just married yesterday? It is no surprise that they met each other for the first time on the web.

Wedding puns always leave the audience in hitches. I hope you enjoyed them. Before we put a nice ring to it, you can sample other puns on this site such as pig puns, electricity puns, basketball puns, and much more. 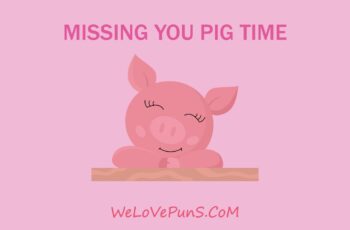 No matter what your favorite color is, it helps to … Whether you are shopping for shoes or just having a …